Ayden Zayn is a White-American convert to Islam. Born into a non-practicing Jewish family, he was raised with an open mind to God and religion. At the age of 19 he was introduced to the Qur’an and the Islamic teachings. Over a period of three months, his fascination and curiosity compelled him to analyze deeper and compare his family’s “religion” to Islam, as well as other major faiths like Christianity, Buddhism and Hinduism. And on December 16, 1991 he made the decision to embrace Islam.

His conversion was not received well by his family, but he endured the struggle of learning, practicing and attempting to represent the best example he could. This early experience cemented in his heart and mind the importance of knowledge and lit within him a fire, a passion, for understanding and sharing the true teachings of Islam. Within two years he wrote a pamphlet entitled “30 Facts About Islam”, distributing it online and at various Islamic and interfaith events while traveling throughout North America.

He proceeded to write several other pamphlets and lectured occasionally at youth events and Islamic retreats. But it wasn’t until September 16, 2016 when a turning point occured in his da’wah efforts. Sitting quietly waiting for the jummah khutbah to begin, he was called upon to deliver it when the originally scheduled khateeb was a no-show. Never delivering a formal khutbah before, he was reluctant, feeling unqualified and a bit embarrased. But the organizers insisted and ushered him up to the minbar. What followed was a speech from the heart that, to his surprise, was received well by the audience, some of whom encouraged him to give more khutbahs. This website was established for the purpose of sharing these khutbahs, along with Ayden’s various writings and other da’wah efforts. 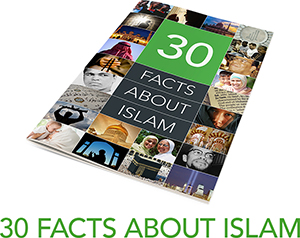